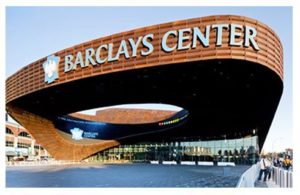 Planning a group outing can seem like a daunting task that’s virtually impossible to achieve in a convenient and cost-effective fashion. Best Trails & Travel offers charter bus in Brooklyn packages sure to provide the suitability and price that you’re searching for.

New York City is a metropolis that encompasses 5 main Boroughs, and in the borough of Brooklyn exists a vibrant sports culture motivated by the not so recent move of the Nets NBA franchise. The Barclays Center is the home of this basketball team that’s eager to forge a great history within the league, and Best Trails & Travel has partnered up with the Brooklyn Nets and the Barclays Center to take you to each and every game in style.

Whether you’re searching for a private coach for your closest friends or relatives, or need to transport a large group people, Best Trails & Travel has the charter bus in Brooklyn you need to take you and your party around New York City beyond with single and multi-day trips.

The Nets: A Brooklyn Institution
The Brooklyn Nets basketball team has a long history as a franchise. Founded in 1967, the Nets were based out of Brooklyn but since they played out of Teaneck, New Jersey, the name quickly changed to the New Jersey Americans. Some years later, the team readopted the New Jersey Nets name which would be used until their move to Brooklyn in 2012.

As an ABA team, their most notable seasons were right before joining the NBA. They won their first ABA Playoff Title in 1975 and 1976, with NBA Hall of Famer Julius Erving, also known as “Dr. J”, leading the charge.

After these successful seasons, the summer of 1976 witnessed the NBA-ABA merger which compromised the future of the Nets. The NBA commission ordered the Nets to pay a $4.8 million dollar penalty directly to the Knicks for “invading” the New York City arena. This lead the Nets leadership to break a pay raise promise made to Julius Erving and the loss of their most valuable player.

The years in New Jersey helped the franchise understand the ups and downs of the National Basketball Association (NBA). Promising starts, rebuilding seasons, hurdles, downfalls, and now the team looks to start over back where it was founded.

Best Trails & Travel is proud to be part of this great franchise, which has contributed to the revitalization of Brooklyn, New York City, and the State of New York as a whole. Join us at every Nets game, and be sure that we’ll transport you and your group safely, in luxury, and style.

Final word
Understanding history is the best way to comprehend the present, and what being a Nets fan means. To many, basketball is more than just a sport and at Best Trails & Travel we include ourselves in that group. So, think of Best Trails & Travel when planning to visit the Barclays Center for a Nets game. We offer the best service when it comes to charter bus in Brooklyn services.

Lauren Wessler
Our nonprofit used Best Trails & Travel to take a group of HS students from the city to upstate NY, and we were incredibly happy and satisfied with the ride, the cleanliness and comfort of the bus, the route taken, and the courtesy, professionalism, and driving skills of our driver Daniel. We were in excellent hands and would recommend this company to all. We will certainly without a doubt use them again.

Wanda Carrolligbinedi
I enjoyed working with Purdie she was very helpful and informative. I will be using this company to plan more trips and getaways for my students. Thanks again Ms. Purdie you are much appreciated.

Mount Pisgah
Best Trails and Travel is absolutely the best in the business. The level of service they offer is without a doubt number one. They know what it means to offer quality customer service. The team (Office: Nadia & Prudie, Drivers: Dannel, Tommy and Kai) was professional and courteous! The drivers were punctual and the busses were super clean! Anywhere you are going, make sure you use this company as they know what they are doing! Keep it up Best Trails and Travel!

Deejayy Mr Weirdo
I pray this company outbid trans express for the Resort World casino runs. It's time to move on to better equipment and higher pay. Update: IDK If I mistakenly spoke this into existence but best trails is still going and trans express is now out of business

Jackie Denny
Best provided a coach on very short notice and Anatoliy was a great driver and great to work with.

Anthony Gerena
Mr Aly Goldenberg a.k.a owner of this wonderful bus company.. is first class all the way. From the makeup of the people he employees, or the equipment operated by the best drivers you can find, there is no one in the industry that can compete. Everything is first class as it should be. Highly recommend for any and all your travel needs. Best trails and travel gets it done ten fold.

Shahlo B.
I love this company!!! The super professional services!!! The busses are very clean and smell nice, especially for today’s situation, which is very important. Our driver was very pleasant! Will order again, and will recommend for all my friends. Keep going Best Trail and Travels!!!
Google rating score: 4.3 of 5,
based on 42 reviews. 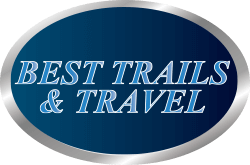